Slap a Tenticle on it...

Horror is a really slippery thing to define. To be sure, it means very different things to different people. I have been thinking a lot about what is and is not Horror, to my mind. For as long as I can remember I have been told by others that this book is scary or that film...only to be very disappointed that it was not. People who know me know that this is no wild boast.
These days, for me, finding something I think is truly Horror is hard to find. None of it scares me, I am used to that, but what kind of emotional effect does whatever media create in me? That is what I ask when I watch or read something. My problem these days is that people have all jumped on the Cthulhu-train just like they did the Zombie train and the Vampire-train. Slap a tentacle on it and its scare...nope. I think that Lovecraft and some of his circle certainly qualify as Horror (more like Science Fiction...but that is another post). HPL, Clark Ashton Smith, Frank Belknap Long, Robert Bloch etc...yeah, certainly Horror. My problem with modern "Lovecraftian Horror" is that it all too often emulates August Derleth. Derleth added a kind of Manichean sense of the struggle between Good and Evil, two equal but opposite sides locked in eternal conflict. Good/Spirit and Evil/Material world engaged in endless Gnostic MMA type stuff.
So, why the problem with Gnostic teaching, Djephisopheles? Well, I will tell you.
My position can briefly be summed up in a couple of axioms.

1. Too much Hope. To me, the less hope, the more screwed the characters are. They are not there due to some deeper meaning or destiny, but because of some personal character flaw (I am looking at you Intellectual Curiosity!) or by some accidental exposure to the stuff of horror. By the time our hapless hero realizes what is going on it is too late. No hope, no escape. Nothing to do but fight it out to the death and/or tell the rest of the world what is going to happen...which they will more surly NOT believe.

2. The "Baddy" like Lovecraft's Alien Gods and races, is NOT evil, but at the very most indifferent to Humanity. The Universe is large, and dark and scary...no one is going to save us and its not that Cthulhu hates us...he just simply does not care about us one way or another. We as a race are at the very most a speed bump, and infestation to him and his friends. Examples I like to use for this are the films The Thing (John Carpenter) and Alien (the first one). In these stories the alien creatures are not evil, they do not hate humans, they are merely carrying out their biological imperatives to procreate...to go forth and multiply. They are not evil, they do not worship Satan...they think in completely alien ways. They are amoral and without religion so far as we know. It is nothing personal, they merely cannot act contrary to their natures.

3. Isolation is also a very big aspect of most of the things I consider real Horror. Think about the two films I just mentioned...Humans do some pretty scary things when we are isolated and afraid.

4. Atmosphere over Action. This is also one of HPL's aphorisms. Take a look at what a lot of people have called horror in the past couple of decades. Movies like Blade and Van Helsing and Underworld are NOT horror, they are action movies with Vampires.

There are many other things I could mention, but I just wanted to put a few of these things into the Aether...OH, and another thing, Internet...if you are gonna use HPL's alien gods...use another one for a change...I am getting kinda sick of Cthulhu. There are a couple of others that are really kind of scary and and unlike Big C, can't be defeated by ramming them with a steam ship.

My God, its full of Stars! 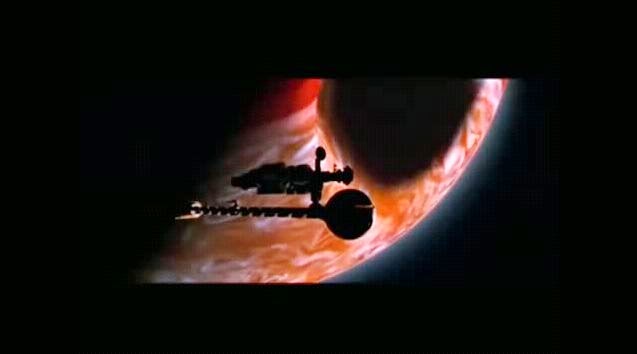 Today I watched Peter Hyams' treatment of Arthur C Clarke's 2010: Odyssey Two. I had forgotten how much I love that film. Its got a little bit of everything. Syd Mead designing all the futuristic elements. The comedic styleings of John Lithgow and Elya Baskin (the film's symbol of Detente), sexy Russian Pop Star Natasha Shneider, Super Sexy Helen Mirren, Douglas Rain as Hal 9000 and the apearantly ageless Keir Dullea back again as David Bowman.
Sure, its not Kubrick's film, but its still damned good. I love Space Opera and many other kinds of Science Fictional stories, but the ones I love the most are the ones that COULD actually happen. I really like the kinds of stuff with no phazers, no trans light speed or time travel with realistic kinds of characters and situations. Such is the case for this film. Sure, it has some of the Star Child stuff in it, but it is not nearly as strange as Kubrick's film (which I also love!).
At the time the book was written and then the film was made we were in the middle of the Cold War, something that not many of the kids today understand, so this film might be a bit alien to them, if you pardon the pun. This political climate plays a huge role in the unfolding of the story and its subsequent resolution.
If you have not seen it, I certainly exhort you to do so. If it has been a while, or you have not seen the first film, 2001 a Space Odyssey, you should see that one first...
Enjoy. 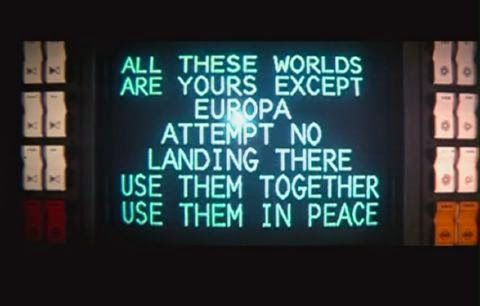 Well well welly well well, my Droogies...after a long and not very restful vacation I have returned to the "Blogosphere". Whooptyfrickindoo for you. Well, I shall try not to disappoint, so to set the mood for this "reboot" (Gods, I hate reboots!) here are the boys from Tripod!

Enjoy and you are welcome...

The Axe
Posted by Jephistopheles at 11:17 PM 2 comments:

What I am Playing 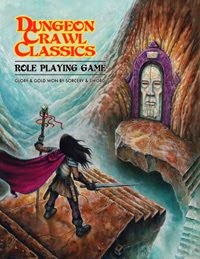